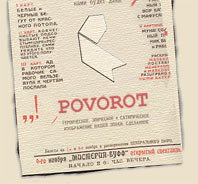 RUSSIAN
This page in Russian

ITALIAN
This page in Italian

FRENCH
This page in French

With the advent of Internet the importance of technical means of translation possessed by each individual interpreter tend to be underestimated. It is believed that having a laptop with a decent access to the Web is more than enough to translate almost from any language to any other. My experience proves the contrary:
most of specialized dictionaries are not freely hanging in Internet, they are still sold and bought in paper form, some of most banal linguistic combinations are not covered anywhere in Internet because of chance and due to the lack of correspondence to wide public interests. Several years ago an older translator and a friend of mine sold me dozens of dictionaries, because she was convinced that in the new age such artefacts became obsolete. I use these dictionaries together with all modern electronic media until now. The detailed list of my terminological tools is listed in a special 'scroll'. Certainly these days CD-dictionaries and encyclopaedia as well as on-line reference are not least important. Here again the experience and the knowledge of 'sesame' magic word is crucial, which again comes with experience.
Not less important for a 'man with a suitcase'as an interpreter is the possession of a good travelling computer with wireless internet access and good terminological data base. It can decide weather you have a right word at hand when you your usual linguistic databases are out of reach.
After years of aspiration that special dictionaries may one day be presented in digital form, I had to change the attitude and to OCR the dictionaries that are most needed. My terminological base includes dozens of such dictionaries that exist until now only in paper edition. A special software permits me make this database searchable throughout.Being an advanced Windows user, I still appreciate and work with Mac computers and offer the service of transcoding of Russian text between two platforms without loosing of the initial formatting. This is a sort of art because most of the companies in Russia have never heard of such thing as Mac computing. And on the other hand it is much less expensive to order the translation in IBM platform, rarely it is understood that once you have to typeset it into a professional form in France or in Italy, you have to use Mac and thus sometimes practically to retype all the translations from the scratch. No need to retype, the transcoders of different type of accuracy and precision exist even when Internet says no.
The knowledge of Mac computing, make it possible for me to take the jobs that have a typesetting film set as a final product, thus taking complete responsibility for the translation. No need for proof-reading, best one-person managerial decision.
In case of long and repetitive translations Trados Workbench and other translation-aid software is also used.
On the other hand there are pieces of software which is never used: thus Promt translation engines possess such power to generate awkward and sometimes absurd phrases that time the translator uses to eliminate all the intrinsic defects of such linguistic transposition (I will not call it translation) is certainly equivalent to the time spent in direct translation. More than that an automatic translator indelibly 'smears' the text in such a manner and to a such extent that it is almost impossible to get it right altogether.